Over this past year the standardized testing debate has been at the forefront of discussions about education. Over the last few months, the implementation of standardized testing had been put on hold. During this time, school boards, professors, educators, students, and parents expressed their general unhappiness with this movement. Don Morgan, our minister of education, stated that “”we know that kind of large-scale testing regime wouldn’t work for teachers… I don’t think it benefits the students and I don’t think it benefits the province.”” I could not agree more!

My biggest concern was that they were going to put standardized testing on hold until educators calmed down. However, Don Morgan notes that “”it wasn’t put on pause so we could turn around and go ahead with it three months later after things had cooled off.”” I am very pleased and inspired that the government listened to the voices of educators, students, and parents. It is inspiring that teachers stood up for something they believed in and were able to determine the future of education in Saskatchewan. As someone on the anti-standardized testing side of the line, I could not be happier. This was the best news I received all day! If I have learned anything from my third year classes, and ECS 410 in particular, it is that students all learn in different ways and need to express their knowledge in different ways. Testing is not the answer for many of our learners. Paul Tough’s work in “How Children Succeed: Grit, Curiosity and the Hidden Power of Character” talks about how “character is at least as important as intellect.” Research shows that students’ GPA scores have a lot more to do with their self-discipline than their IQs. This is problematic for our at-risk learners. Thus, in a sense, standardized tests only disadvantage our at-risk learners even more and they do more to test behavior than actual intelligence. I also feel like there is a disconnect between standardized testing and our curriculum outcomes, broad areas of learning, and general goals.

Instead of standardized testing we will focus on a sector plan. This plan focuses on reading and First Nations/Metis education. “The target is to have at least 78 per cent of Grade 3 students reading at or above grade level by 2015” and I think this is a challenging, but important goal. Written literacy and numeracy are also important areas to focus on; areas that should be addressed in all classes, just like reading. This takes a lot of pressure off our ELA and math teachers. It makes sense to have reading and writing instruction in all classes, as writing and reading are a muscle that requires as much or more practice as nailing the perfect three pointer in basketball. Dan Florizone, Deputy Minister, stated that our focus needs to be on “curriculum… instruction, assessment, professional development” and teacher training, rather than only assessment or testing. By 2020 the goal is to have “85 per cent graduation rate (10 per cent higher than the current rate), 90-per-cent of kindergarten students scoring age-appropriate marks and 80 per cent of all students performing at grade level in reading, writing and math.” This news makes me extremely excited to be a future educator in Saskatchewan. It is news like this that makes me believe that change can happen for the better!

Here’s to working our butts off in the next bit to create a more inclusive school culture and a group of literate students! 🙂

I love this video for three reasons. 1. I am not against exams but I do believe that we need to make sure we allow students to show their knowledge in many ways. A test result is not the sole measure of intelligence (especially if students are graded on the curve). 2. Spoken poetry is a great English-related activity to do with students. 3. Spoken poetry is a great way to get students involved in social justice issues or to explore their interests.

We need to find ways to engage students and engagement is not found on a piece of paper, whether that paper has an ‘A’ or a ‘B’ or an ‘F.’ Learning is more than an exam, it is lifelong!

A Student Explains What’s Wrong With Our School System And Why We Mistreat Teachers. Nails It.

When an Adult Took Standardized Tests Forced on Kids

I personally believe that standardized tests are not a valid measure of learning. It is a corporate based, numbers system and kids are not numbers. Of course, if we teach to one test results will get better. But are students really learning? I believe in differentiation, student choice and freedom for students to guide their own learning. For some students that may be a test but for others it may be an oral presentation. Furthermore, I believe looking at the world around us as a class is more important than standardized test type questions that are forgotten right after the test. We can’t mold all kids to one type of assessment. We can’t all teach to one type of assessment. Sure, have a standardized tests to monitor the province as a whole but do not let it reflect back on the student and the teacher. 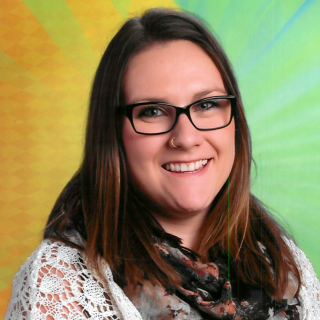